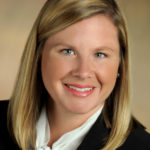 Brittney is the Communications Coordinator for the DuBard School for Language Disorders at The University of Southern Mississippi. The only school of its kind, the DuBard School uses the DuBard Association Method to serve students with severe language-speech disorders. Brittney promotes the school through storytelling, community engagement, friend-raisers and maintaining an online presence. Brittney has over 10 years of experience in communications, marketing and public relations. She earned a Master’s degree in public relations and a bachelor’s degree in journalism from The University of Southern Mississippi. 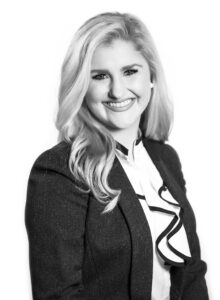 Ashley Rea is the Manager of Communication at Sanderson Farms, the nation’s third largest poultry producer. As Manager of Communication, Rea serves as Managing Editor of the Sanderson Farms Newsletter, a bimonthly publication reaching more than 638,000 annual readers across 34 different states. Aside from her duties as an award-winning editor and writer, Rea is responsible for executing strategies related to the company’s approach to media relations, corporate communication and advertising. She ensures adequate internal communication is maintained amongst the company’s more than 18,000 employees spanning across five states and 17 different cities. Rea is a summa cum laude graduate of Mississippi College, where she earned a Bachelor of Science degree in Communication with a concentration in Public Relations. She also earned a Master of Science degree in Public Relations from the University of Southern Mississippi. 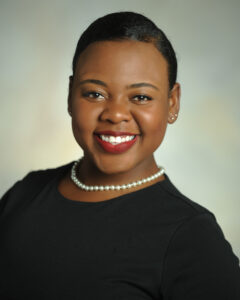 Vanessa Henson serves as the Communications and Events Manager for the Area Development Partnership. She is responsible for the implementation of all Chamber marketing strategies, communications, and public relations activities along with overseeing the planning and coordination of the organization’s monthly and signature events. Vanessa is a native of Prentiss, MS, and grew up in Hattiesburg. She attended The University of Southern Mississippi and received a B.A. in Communication. She began her career working with both national and local non-profits. Vanessa served as the Community Relations Director for Christian Services, Inc., where she designed and implemented all marketing and communications efforts. While there, she also managed, THRIVE – a program that connected the underserved population with access to pro bono legal counseling and financial education. Passionate about connecting people and resources, Vanessa values the opportunity to impact the quality of life for those around her. 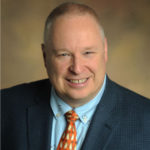 Matt is the Owner and Creative Director of MightyPenguin Design, an imaginative and innovative source of creative, clever and unconventional advertising, photography, graphic design and public relations. MightyPenguin Design’s nationally-recognized, award-winning work has a distinctive look and feel, garnering numerous ADDYs and PRisms, Lanterns and Maggies, and even a glorious golden cellphone, for a host of regional, national and international clients. He received his BA in English from Marist College in Poughkeepsie, N.Y., and an M.A. in Creative Writing from The University of Southern Mississippi. Matt keeps his writing fresh by teaching English at Pearl River Community College. Designated a Senior Practitioner by the Southern Public Relations Federation, he currently serves on the State Board of Directors for PRAM as the Vice President of Awards and on the Southern Public Relations Federation (SPRF) Board of Directors as the Vice President of Communication. 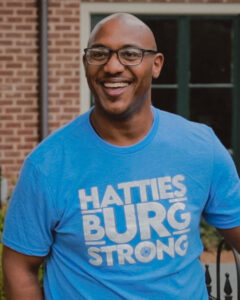 Keenon Walker is Communications Coordinator for Hattiesburg Clinic, the largest multi-specialty practice clinic in South Mississippi. As Communications Coordinator, he manages the clinic’s social media, produces an array of content and messaging for the clinic’s public and internal audiences, and serves as media relations liaison. He is also the clinic’s primary in-house photographer and videographer. Keenon graduated from The University of Southern Mississippi in 2012 with a Bachelor of Arts degree in Mass Communications and Journalism, with an emphasis in Public Relations. Since then, he has overseen operations for several study abroad programs, worked with the Hattiesburg Downtown Association to promote and sustain the growth of downtown, and worked as an independent social media consultant for nonprofits and small businesses. Additionally, he serves as President of The Spectrum Center in Hattiesburg, the first and currently only LGBTQ+ center in Mississippi. Keenon has been featured in Signature Magazine and the Hattiesburg American’s Top 12 Under 40 for his work as a local young professional, and was named a 2021 Champion of Pride by The Advocate, a national LGBTQ+ magazine. In his spare time, you’ll find him behind the lens of a camera photographing local events, enjoying the outdoors, or taking adventurous road trips. 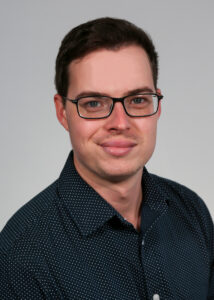 Jonah Taylor has more than 10 years as a storyteller and strategic communicator in both digital and print mediums. He currently serves as the Director of Marketing & Communications for United Way of Southeast Mississippi, a nonprofit based in Hattiesburg that addresses community issues in the impact areas of education, financial stability, health and support services. In this role, he is responsible for strategic planning and marketing for the organization, including but not limited to content development, web and social media management, media and public relations. A former newspaper editor and freelance multimedia specialist, Jonah has worked in media, marketing, advertising, and nonprofit throughout the past decade. He has also held multiple volunteer positions on boards and committees in the community, including the Covington County Chamber of Commerce Board of Directors and the Greater Pinebelt Community Foundation. He enjoys spending time outdoors biking and hiking, creating podcasts, or playing hide and seek with his quirky and loveable daschund-poodle Messer. 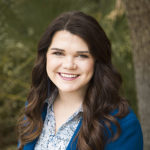 Marissa is a Communication Specialist at Sanderson Farms. As a Communication Specialist, Marissa develops, implements and manages messages, strategies and programs intended to communicate the company’s business objectives, culture and values. Marissa also serves as a staff writer for the Sanderson Farms Newsletter. A graduate of Mississippi State University, she earned a Bachelor of Arts degree in Communication with a concentration in Public Relations and a minor in Agriculture. During college, Marissa held the leadership positions of secretary and vice president for the Public Relations Student Society of America chapter at Mississippi State University. She was also honored during college with the Gold Congressional Award Medal, the highest honor Congress bestows upon a youth civilian. In 2017, she was named Young Alumnus of the Year by the George-Greene County Mississippi State Alumni Association. 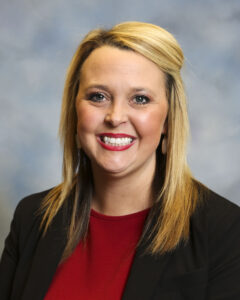 Jessica Breazeale is a 2000 graduate of Wesson High School and a 2003 graduate of Copiah-Lincoln Community College, where she was captain of the Colettes, voted “Miss Co-Lin”, vice president of publicity for Phi Theta Kappa, a member of the concert choir, Sojourner show choir, SGA, Trailblazers, and was a Diamond Doll. She holds both a Bachelor’s and Master’s degree in Public Relations from The University of Southern Mississippi. At USM, she was a Dixie Darling captain and a member of Omicron Delta Kappa organization.  While working towards her master’s, she worked in the USM Office of Admissions as a recruiter for North Mississippi and North Alabama. Breazeale has been a public relations practitioner for 16 years, and began her career working in entertainment on the Disney Cruise Line. She also spent four years working in tobacco education and prevention as a PR spokesperson for a Tobacco-Free Alabama. She has served in various PR and marketing roles within multiple industries. Breazeale now has her own public relations consulting business, which provides services to clients all over the United States. Holding an Accreditation in Public Relations (APR), Breazeale has won numerous public relations awards. She currently serves on the Co-Lin Foundation Board as well as the Co-Lin Band and Colette Alumni Association. Breazeale has been married to her husband Ricky for 12 years and they have one son, Walker. They are members of CenterPoint Church where her husband is the pastor. Anyone who knows Breazeale knows she absolutely loves her profession and that PR is a true passion.

April Jordan, Past President
Assistant Director of Marketing and Public Relations for Campus Recreation, The University of Southern Mississippi 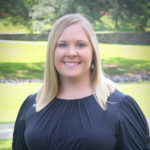 April is the Assistant Director of Marketing and Public Relations for Southern Miss Campus Recreation. In this role, she oversees all strategic marketing and integrative communications for programming and services affiliated with The Payne Center, the University’s wellness and recreation center on campus. She also manages a team of graphic designers and interns who have been recognized with numerous local, state and regional public relations honors for their work and special event programming. Prior to joining Southern Miss, April spent 10 years in the public relations and marketing industry sharing her passion for communications across a diverse background of companies, including Singing River Health System, United Way for Jackson and George Counties, Beau Rivage Resort and Casino and GodwinGroup Advertising Agency. She received her B.A. in Journalism with an emphasis in public relations from The University of Southern Mississippi. April has been a member of the Southern Public Relations Federation since 2007, serving in numerous board positions for the Mississippi Beach and Gulf Coast PRAM chapters. She currently resides in Hattiesburg with her husband, Chris and their two daughters, Audrey and Aria.